Although we accepted an invitation to take part in the RHS Chelsea Flower Show 2020, unfortunately, it was cancelled because of Covid-19. However, our design was appraised and we are going to definitely attend the Show in 2021. We are looking for sponsors to support us for next year.

There are two themes we would like to bring to your attention :
First, the redefinition of the garden
Second, spreading knowledge and awareness of the beauty of Japan

In modern history, houses gardens, which were commonplace, are regarded as exterior structures and have been transformed into objects made of artificial materials such as concrete and iron. Even so, there are many people who are still healed by the greenery at suburban cafes and parks.
The theme redefining of the garden is based on the idea of a universal design that is friendly to both people and the environment.
We wish to promote the appreciation of flowers and trees, the growing of herbs and vegetables, picking them and eating them. Our design should be user friendly for people who are elderly or physical disabled, even wheelchair users. Our ideal garden is made from all natural materials which are biodegradable and return to the earth, and will still be in communion with nature after 100 years and should be harmonious with nature.

The region where we live, Wakayama, has a lot of greenery, even rare Japanese red pine trees grow naturally in a mountain, and nurture clean water and rich land in harvest.
For example, “Kishu Binchotan-charcoal” is said to have been brought back from China by Kobo-daishi, who opened Shingon Buddhism in Koyasan, Wakayama in 816, continue to use its special method of making charcoal. (Koyasan is part of the “ Sacred Sites of Pilgrimage Routes in the Kii Mountain Range” which was registered as a world heritage site by UNESCO in 2004) Also there are still some other Japanese traditions maintained in this area.
We would like to let people know and encourage them to think of the true richness of life and the natural environment in our region, as the modern world is filled with so much information and so many objects. 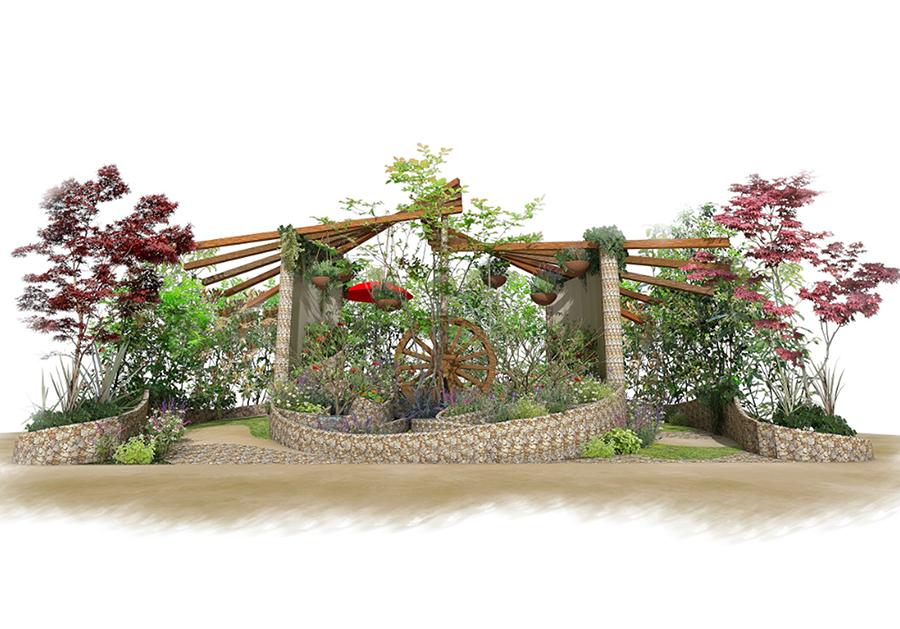 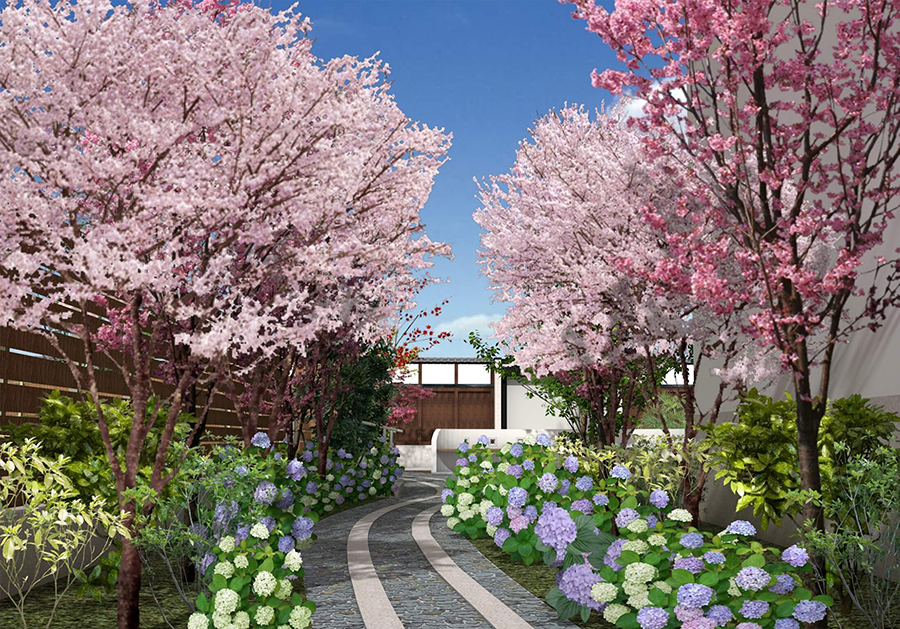 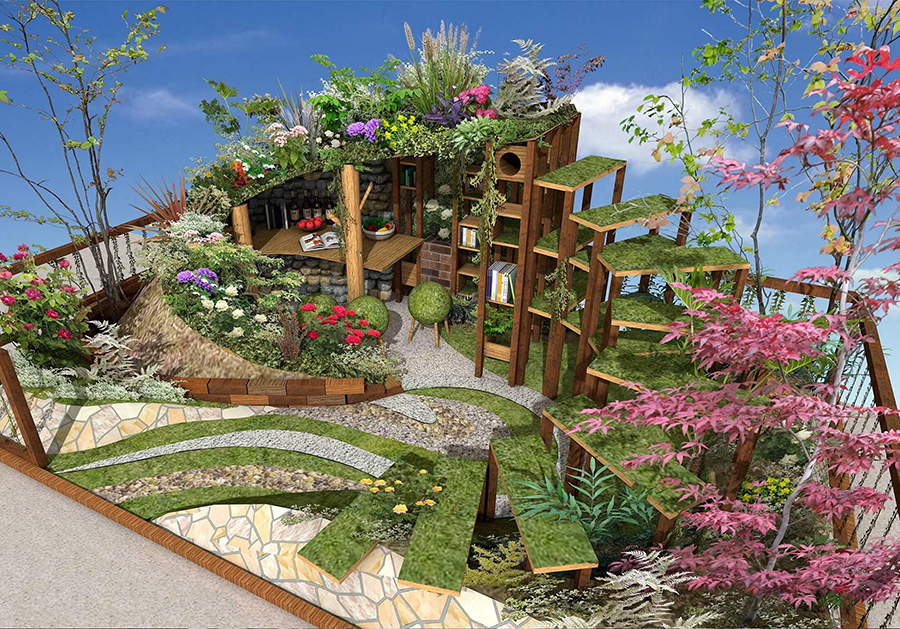 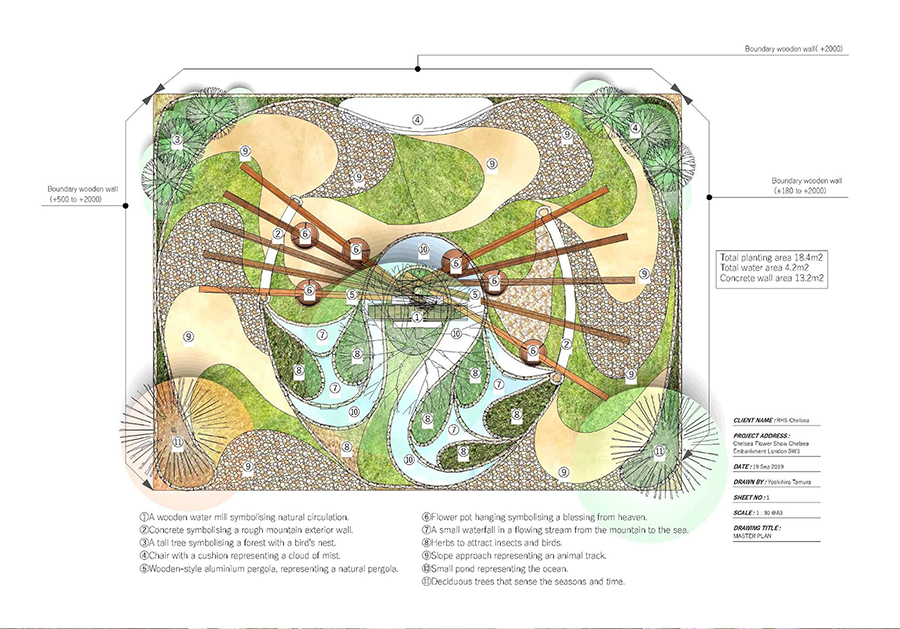 We believe that human beings are part of the natural life cycle and we will exhibit under the theme of “coexistence with nature” and other concepts. We also focus on various concepts such as the flow of time and the cycle of life centred on an environment-friendly universal design. It is included everywhere in the work.
For exhibitors that use “materials that are all returned to soil” and “designs that no one can leave behind” among them, we will become a sponsor company to achieve the SDGs (Sustainable Development Goals) as an initiative.

We aim to make the sponsor companies widely recognized in Japan by dissemination the UK RHS exhibition in each prefecture through Japanese medial. With local support as one of its philosophies, we are supported by local governments and have a high reputation in Japan. Through media coverage, we will improve the brand image of Japanese sponsor companies. We believe that the advertising effect will be great in terms of expanding sales channels in Japan.

Regarding the details of your individual sponsor contract, an individual discussion with us will be needed and we will make a decision. The main sponsor will be decided following consideration of the contract conditions each year.
CONTACT FORM